Are you a movie fan? I am a big movie fan. I would have even gone as far as to say I was a movie buff until I read this. I guess I am not at the movie buff level, but I really enjoy watching movies. These are my favorite movies of all time. They are not listed in any particular order. All but one of these movies were released in the 90s; the other movie was released in early 2000s. They all have a rating of 7.0 or higher on IMDb. The highest rated movie on my list has a rating of 9.3. How many of these movies have you seen? Are any of them in your favorite movies list?

A Puerto Rican ex-con pledges to stay away from his former drug dealing ways but find himself being dragged back by his past connections and the naïve machinations of his lawyer and best friend. Hoping to raise enough money to get away from New York, Carlito Brigante takes on the job of running a nightclub, renews an affair with a dancer, but old associates and old instincts suck him back into a world of violence and mistrust. Written by Keith Loh <loh@sfu.ca>

Favorite Quote: Favor gonna kill you faster than a bullet. 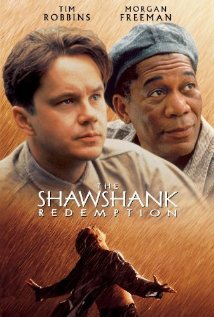 Andy Dufresne is a young and successful banker whose life changes drastically when he is convicted and sentenced to life imprisonment for the murder of his wife and her lover. Set in the 1940’s, the film shows how Andy, with the help of his friend Red, the prison entrepreneur, turns out to be a most unconventional prisoner. Written by Martin Lewison <milst1@cislabs.pitt.edu>

Favorite Quote: Forget that… there are places in this world that aren’t made out of stone. That there’s something inside… that they can’t get to, that they can’t touch. That’s yours. (Andy Dufresne)
Director: Frank Darabont
Writers: Stephen King (short story “Rita Hayworth and Shawshank Redemption”), Frank Darabont (screenplay)
Stars: Tim Robbins, Morgan Freeman, Bob Gunton

The lucky winner of the national lottery is Ned Devine, so taken by his good fortune that he now can’t be woke, because he died from the shock of it! News of the win spread quickly in the scenic little Irish village of Tully More, but not the secret news of Ned’s demise. With lottery officials closing in to confirm the prize claimed by the deceased Devine, Ned’s closest friends scheme to keep the prize money close to home, in memory of Ned of course! But as the plot twists humorously, they learn it is hard is to keep such a secret in a small town. Written by OBGriffiths@yahoo.com

Favorite Quote: You’re a country boy, Jackie. Do you think you can outsmart the man from the city? (Annie O’Shea)

Following a truck hijack in New York, five conmen are arrested and brought together for questioning. As none of them is guilty, they plan a revenge operation against the police. The operation goes well, but then the influence of a legendary mastermind criminal called Keyser Söze is felt. It becomes clear that each one of them has wronged Söze at some point and must pay back now. The payback job leaves 27 men dead in a boat explosion, but the real question arises now: Who actually is Keyser Söze? Written by Soumitra

Favorite Quote: How do you shoot the devil in the back? What if you miss?(Verbal Kint)

The Count of Monte Cristo

‘The Count of Monte Cristo’ is a remake of the Alexander Dumas tale by the same name. Dantes, a sailor who is falsely accused of treason by his best friend Fernand, who wants Dantes’ girlfriend Mercedes for himself. Dantes is imprisoned on the island prison of Chateau d’If for 13 years, where he plots revenge against those who betrayed him. With the help of another prisoner, he escapes the island and proceeds to transform himself into the wealthy Count of Monte Cristo as part of his plan to exact revenge. Written by Anna <annachan@amazon.com>

Favorite Quote: If you ever loved me, don’t rob me of my hate. It’s all I have. (Edmond)

Lt. John Dunbar is dubbed a hero after he accidentally leads Union troops to a victory during the Civil War. He requests a position on the western frontier but finds it deserted. He soon finds out he is not alone but meets a wolf he dubs “Two-socks” and a curious Indian tribe. Dunbar quickly makes friends with the tribe and discovers a white woman who was raised by the Indians. He gradually earns the respect of these native people and sheds his white man’s ways. Written by Greg Bole <bole@life.bio.sunysb.edu>

Gangster Sonny is the big man in the Bronx neighborhood of a small Italian boy named Calogero. A shooting witnessed by the boy (nicknamed C) is the starting point of a lasting bond between the gangster and the boy. Father (bus driver Lorenzo), however, disapproves. C grows up under the wing of both men, torn between his own natural honesty and his fascination with Sonny. C’s neighborhood cronies get involved in theft, use of guns, and racial fights. When C falls for an African American girl, things don’t get any easier. C’s leap to manhood is marked by tragedy, but also by his recognition of the many faces of love. Written by Horacio Abeledo <horabe@ipcabe.uba.ar>

Lifestyle of a Millennial Caffeinated Powerhouse