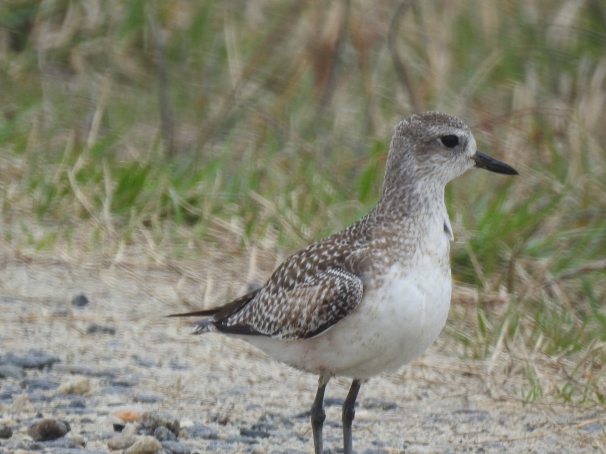 The Black-bellied Plover (Pluvialis squatarola), also known as the Grey Plover, is a medium-sized plover breeding in Arctic regions. It is a long-distance migrant, with a nearly worldwide coastal distribution when not breeding. The genus name is Latin and means relating to rain, from pluvia, “rain.”

In spring and summer (late April or May to August), the adults are spotted black and white on the back and wings. The face and neck are black with a white border; they have a black breast and belly and a white rump. The tail is white with black barring. The bill and legs are black. They molt to winter plumage in mid-August to early September and retain this until April; this being a fairly plain grey above, with a grey-speckled breast and white belly. [Wikipedia] 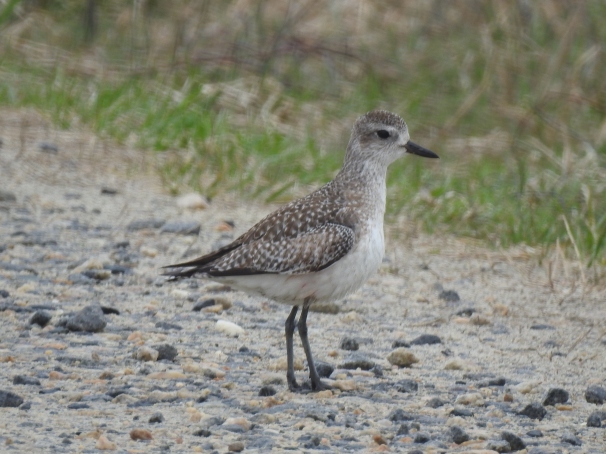 A large shorebird of coastal beaches, the Black-bellied Plover is striking in its black-and-white breeding plumage. It is the largest plover in North America and can be found along the coasts in winter northward to Massachusetts and British Columbia. [All About Birds]

Black-bellied Plover Facts [All About Birds]