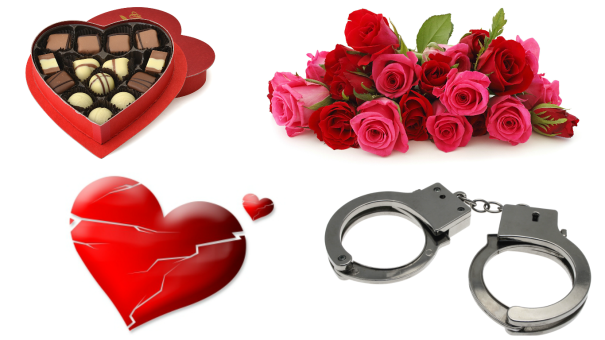 Valentine’s Day is three days away; I hope there are chocolate and roses for everyone. I was never a fan of Valentine’s Day. The commercialism and the undue pressure of outdoing the previous year always rubbed me the wrong way. Furthermore, it’s not even a real holiday (we still have to go to work). I usual, only ‘celebrate’ Valentine’s Day to keep the peace between my lady and me. After all, why fight when you can make love? Isn’t that what Valentine’s Day is about? Love! The way I look at it, a box of chocolate and some roses is a small price to pay for a ‘box’ of chocolate. I hope you got that one. My neighbor didn’t. Last year he tried to explain to his wife the ‘true meaning’ of Valentine’s Day. She didn’t have it. I haven’t heard those combinations of curse words since. Trust me she got creative with it. I have a feeling he will be going all out this Valentine’s Day.

Men are known to mess up commemorative days from time to time. We will forget a birthday or an anniversary here or there or buy a thoughtless gift. For what it’s worth, men are never aware of the magnitude of our actions and always feel our women are overreacting when they get upset. Three years ago a friend of mine decided he was going to go down in Valentine’s Day infamy. Only thing was he didn’t know it at that time. I remember it like it was yesterday, it was a Valentine’s Day that we would never forget.

I was working as a sales representative, and I wasn’t making any money. The situation was getting worse each day. When my phone rang, I was hoping it was a sales lead. Most times it wasn’t. This time, it was my friend asking me to go with him to the police station. What a strange request, I thought. “Why are you going to the police station?” I asked. He assured me he would explain everything when he saw me. I was nervous and anxious, especially since my friend was a Christian.

After he had met me at my house, I tried to get him to tell me what had happened. He was visibly nervous and somewhat taciturn. After a little prodding, he started to come clean. I was no longer nervous or anxious. Shock and amusement quickly replaced those feelings (I can’t help it if I have a warped sense of humor). Apparently, his wife was at the police station because she went to some woman’s workplace and attacked her. Based on what he was saying, his wife thought he was cheating with this woman. As he nervously explained the details to me, I shook my head while I laughed. Why would your wife attack some woman at her workplace? How did your wife know where this woman worked? How did your wife find out about this? Why are you not on a bus to some rural part of Jamaica? And most importantly, did you cheat on your wife? There were so many questions I needed to he needed to answer. We needed to get to the police station as soon as possible.

At the police station, we explained to the officers why we were there. I found out I wasn’t the only one with a warped sense of humor because even the police officers found the story shockingly funny. Maybe out of pity or just dumb luck the officers did not arrest my friend’s wife, but had detained her until somebody could confirm her identity. After the officer in charge had berated and counseled my friend, his wife was released, and we left.

If looks could kill my friend would have died right there on the streets of New Kingston. He tried to comfort his wife, but she coldly warned him against it. Anger and embarrassment etched his wife’s face. She wanted to disappear, but couldn’t. All she could do was board a taxi and head home. It would be a relatively long journey back home. She had more than enough time to plan his demise, I thought to myself. I told my friend it was best he let her cool off before he went home, but the truth was there was no cooling off from this. I decided that a walk would do him good, and it would give me a chance to get to the bottom of this disaster. 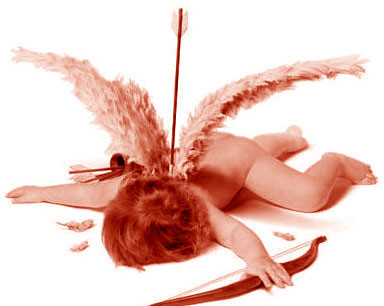 After I had heard the story in its entirety, I realized that my friend was an idiot. There was no other way to explain it. What he did was the sort of stuff you see in movies. He cheated on his wife on Valentine’s Day. He not only tried to cheat (yes tried because I later learned that he was not successful) but he did it on one of the most important days for women around the world. My genius friend had gone all out for another woman on Valentine’s Day. His brilliant plan involved: renting a car; getting a coworker to cover for him; taking this other woman on a romantic dinner date and heading back to her place for a nightcap. His plan started to unravel when his wife started blowing up his cell phone. Unable to think quickly on his feet, he told his wife that he was in a car accident and was at the hospital. Who does that? The alibi quickly unraveled when he couldn’t provide any more details. After sustained pressure from his wife, he caved and confessed. Honestly, it’s a mystery she didn’t kill him in his sleep that night. The following morning after he left the house, his wife went to the woman’s workplace to administer a beating. She was unable to get inside the office and decided that the next best thing was to embarrass herself and the woman. Of course, they called the police, and that’s how she ended up at the police station in handcuffs, the day after Valentine’s Day.

Ladies, if your man decides not to celebrate Valentine’s Day this year, for whatever reason, just take solace in the fact that you didn’t end up in handcuffs. Happy Valentine’s Day!