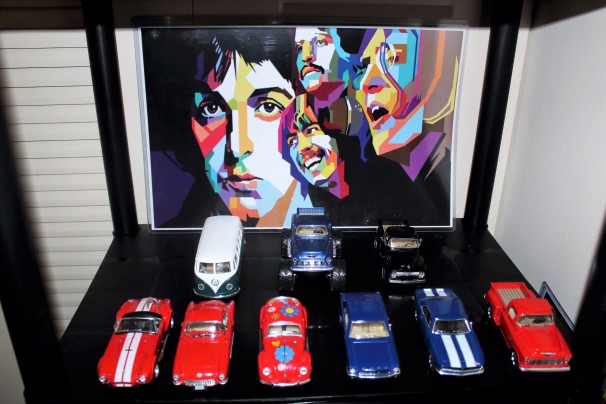 I recently started collecting Die Cast cars. I am still in the infancy stage, but already it’s been a lot of fun. The precision and accuracy of the model cars are fascinating and not to mention pleasing to the eyes.

Die Cast cars are toy or collectible cars made from a mould using molten metal. They are made to various scales. Some of the more popular scales are: 1:12, 1:18, 1:24, 1:32, 1:34, 1:36, 1:43 up to 1:400. The scale represents how many times smaller than the actual car the model is. I prefer the 1:32 or the 1:34 scales. The models I collect are sized (approximately five inches) just right to show off the interior and exterior detail of the vehicle, while still offering movable doors etc. At approximately five inches the cars don’t take up too much space and are more affordable to collect. The 1:12 scale, on the other hand, is much more detailed, larger (14 inches) and more expensive.

It’s still early, but I think I am leaning towards collecting vintage cars. All my Die Cast cars were modeled after cars made in the Sixties or earlier. The oldest models I have are a 1955 Chevy Step-side Pickup and a 1956 Ford F-100 Pickup. 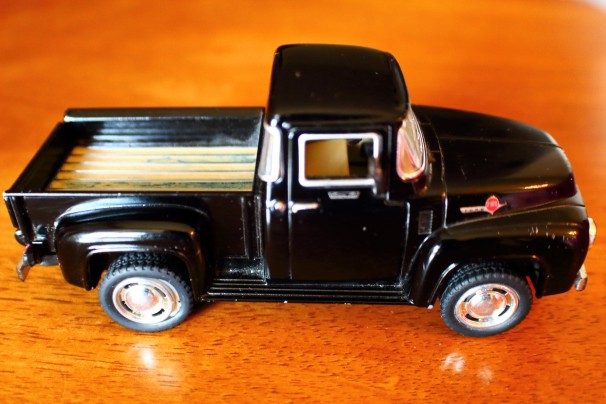 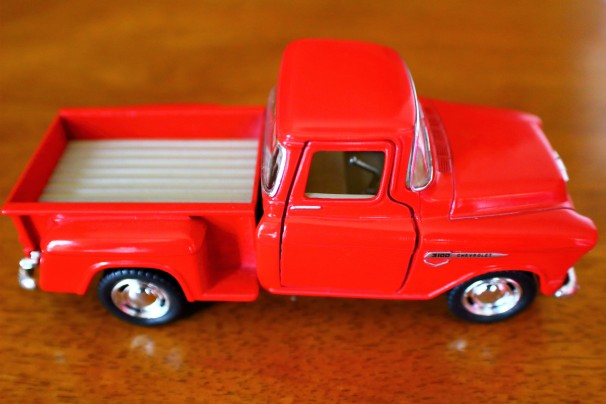 6 comments on “My New Hobby”