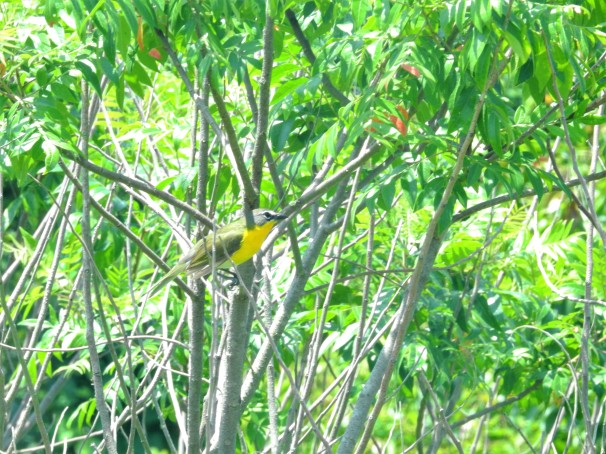 The Yellow-breasted Chat (Icteria virens) is a large songbird, widely considered the most atypical member of the New World warbler family, though the long-standing suspicion is that it does not actually belong there. Its placement is not definitely resolved. It is the only member of the genus Icteria.

These birds have olive upperparts with white bellies and bright yellow throats and breasts. Other signature features of Yellow-breasted Chats are its large white eye-rings and blackish legs. If seen, this species is unlikely to be mistaken for any other bird. [Wikipedia] 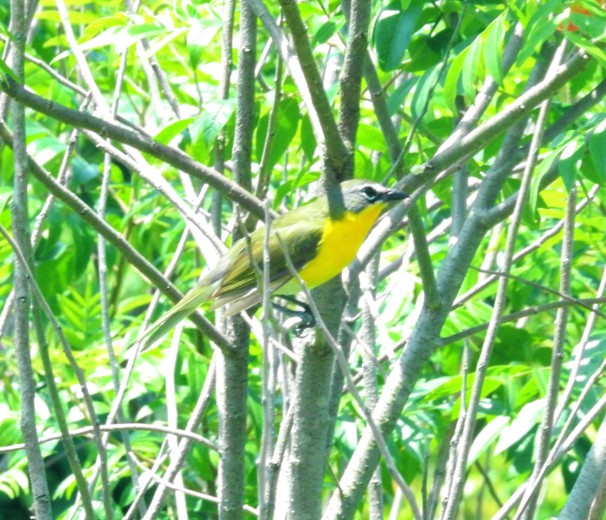 The Yellow-breasted Chat offers a cascade of songs in the spring, when males deliver streams of whistles, cackles, chuckles, and gurgles with the fluidity of improvisational jazz. It’s seldom seen or heard during the rest of the year, when both males and females skulk silently in the shadows of dense thickets, gleaning insects and berries for food. The largest of our warblers, the chat is a widespread breeder in shrubby habitats across North America, venturing to Central America for the winter. [All About Birds]

Yellow-breasted Chat Facts [All About Birds]