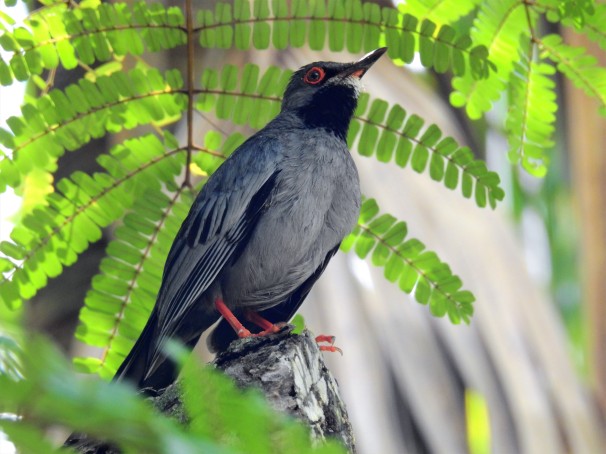 This large thrush measures 27 cm (11 in) and weighs approximately 75 g (2.6 oz), depending on subspecies. It is mainly bluish-gray above and lighter-gray below with a white and black throat with a striped appearance. The legs, bill, and eye ring are bright orange-red. There is notable variation in plumage between the subspecies.