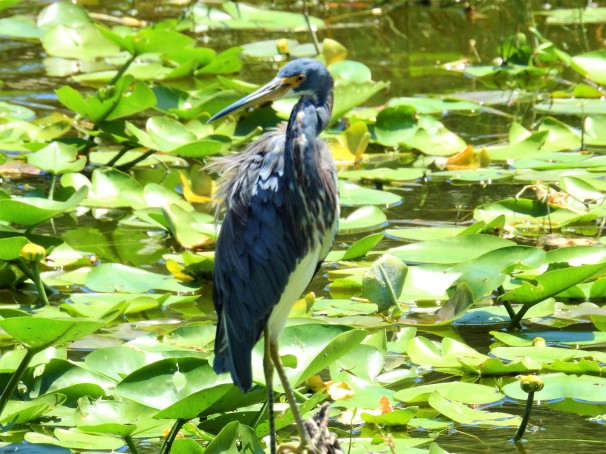 The Tricolored Heron (Egretta tricolor), formerly known in North America as the Louisiana Heron, is a medium-sized heron with long legs, neck and a long pointed yellowish or grayish bill with a black tip. It is a resident breeder from the Gulf states of the United States and northern Mexico south through Central America and the Caribbean to central Brazil and Peru. 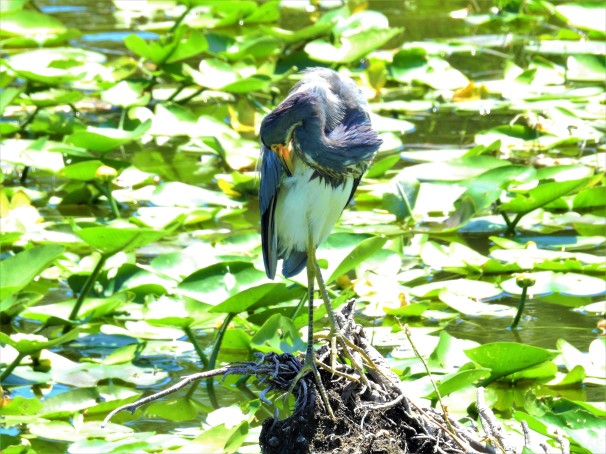 Adults have a blue-gray head, neck, back and upper wings, with a white line along the neck. The belly is white. In breeding plumage, they have long blue filamentous plumes on the head and neck, and buff ones on the back. Immatures show a bright rufous neck and shoulders. [Wikipedia] 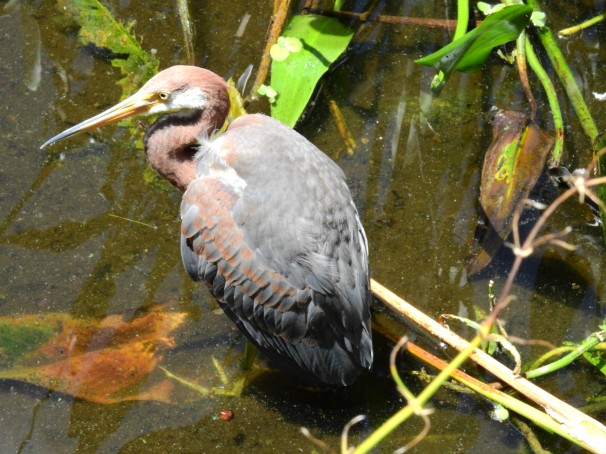 Tricolored Heron Facts [All About Birds]