The Hooded Merganser (Lophodytes cucullatus) is a species of small duck. It is the only extant species in the genus Lophodytes. The genus name derives from the Greek language: lophos meaning ‘crest,’ and dutes meaning diver. The bird is striking in appearance; both sexes have crests that they can raise or lower, and the breeding plumage of the male is handsomely patterned and colored. The Hooded Merganser has a ‘sawbill’ but is not classified as a typical merganser.

Hooded mergansers are the second smallest species of merganser, with only the Smew of Europe and Asia being smaller, and it also is the only merganser whose native habitat is restricted to North America. [Wikipedia] 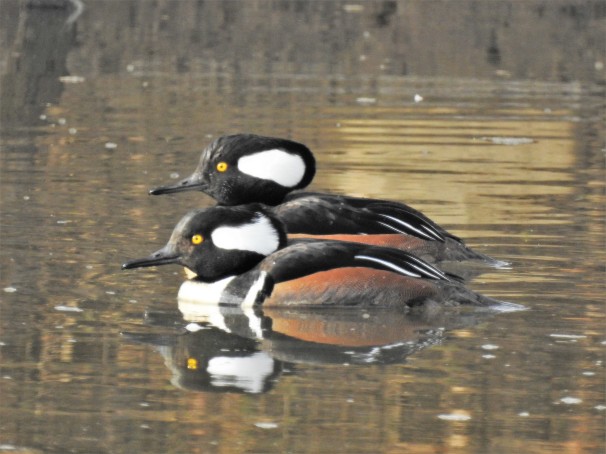 “Hooded” is something of an understatement for this extravagantly crested little duck. Adult males are a sight to behold, with sharp black-and-white patterns set off by chestnut flanks. Females get their own distinctive elegance from their cinnamon crest. Hooded Mergansers are fairly common on small ponds and rivers, where they dive for fish, crayfish, and other food, seizing it in their thin, serrated bills. They nest in tree cavities; the ducklings depart with a bold leap to the forest floor when only one day old. [All About Birds] 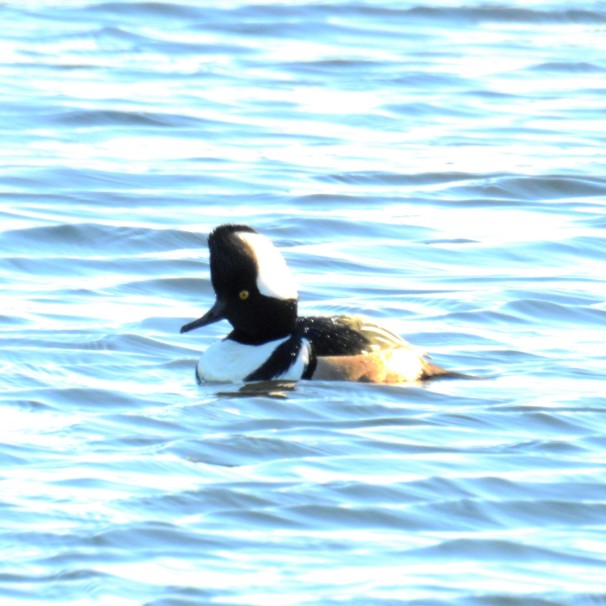 Hooded Merganser Facts [All About Birds]