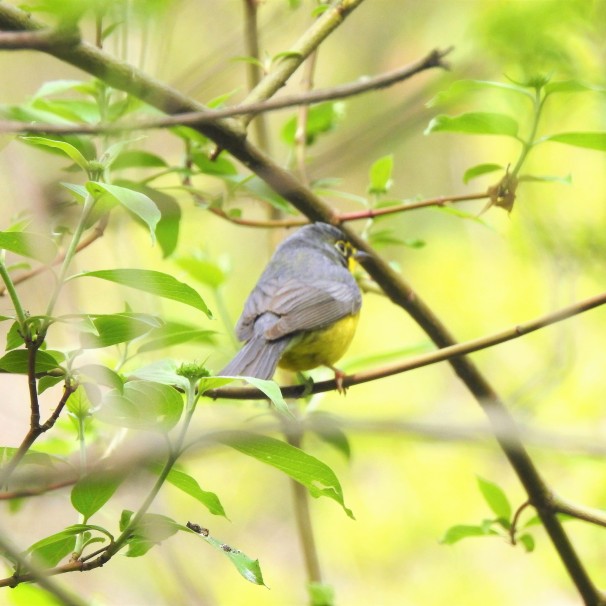 The Canada Warbler (Cardellina canadensis) is a small boreal songbird of the New World warbler family (Parulidae). It summers in Canada and northeastern United States and winters in northern South America. 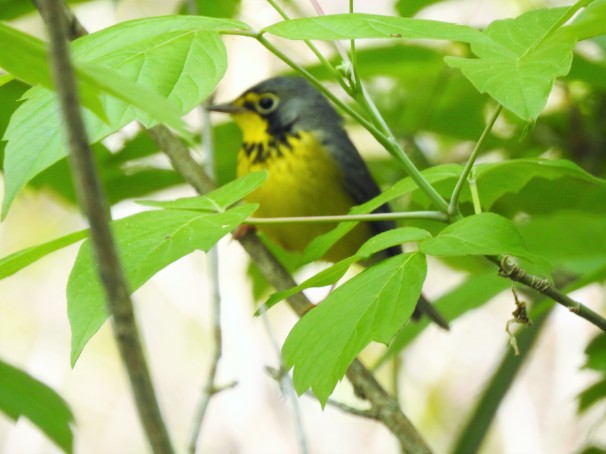 The Canada Warbler is sometimes called the “necklaced warbler,” because of the band of dark streaks across its chest. The adults have minimal sexual dimorphism, although the male’s “necklace” is darker and more conspicuous and also has a longer tail. Adults are 4.7–5.9 inches long, and weighs 0.32–0.46 oz.

The chest, throat and belly of the bird is yellow, and its back is dark grey. It has no wingbars or tail spots, but the underside of the tail is white. It has a yellow line in front of its eye in the direction of the beak, but the most striking facial feature is the white eye-rings or “spectacles.” [Wikipedia] 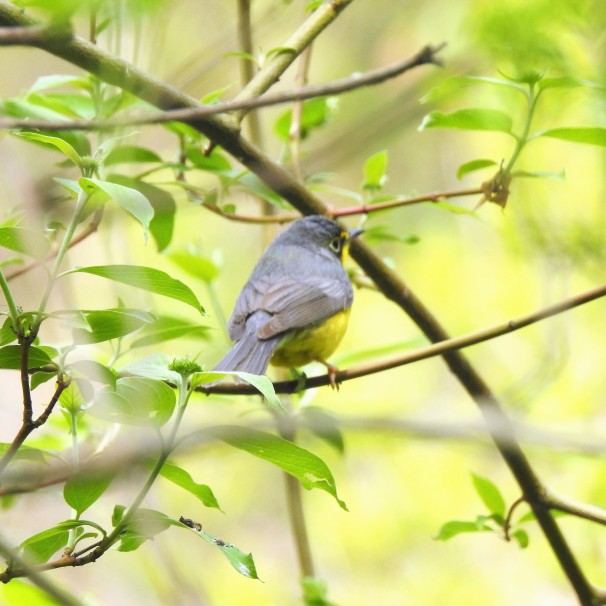 Canada Warbler Facts [All About Birds]