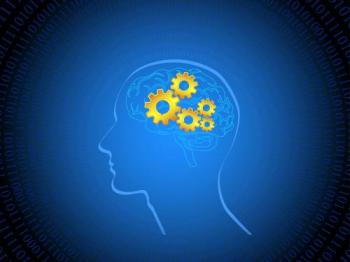 As I started to write this post I was reminded of the courtroom scene in the movie Carlito’s Way. In the movie, Carlito is about to be discharged from prison after serving 5 years of a 30 years prison sentence. Carlito is allowed to speak to the judge and the courtroom and he goes on a rant about how he has changed:

Your Honor with all due respect past and present, and without further to-do. Let me assure this court that I am through walking  on the wild side. That’s all I’ve been trying  to tell you. I have been sick with the social ills known in the ghetto but my time in the sterling correctional facilities of Green Haven and Sing Sing has not been in vain. I’ve been cured! Born again, like the Watergaters. I know you heard this rap before. Your Honor, I mean it. This is the truth. I changed. I changed and it didn’t take no 30 years like Your Honor thought, but only five. That’s right, sir. Five years. And look at me. Completely rehabilitated, reinvigorated, reassimilated, and finally gonna be relocated.

As Carlito is walking away from the courtroom, his lawyer questions the sincerity of his speech. Carlito assures his lawyer that he was being honest and that he has indeed changed. As the movie unfolds you realize that Carlito, though struggling to stay on his new path, has really changed.  If you have ever watched this movie you know what happens to Carlito in the end. So why am I talking about Carlito’s Way? Well first, it is one of my favourite movies and second, this scene in particular speaks to the main point of this post.

Digression aside, for years I have heard that people can change. This is something that I have always been sceptical about. What does it mean when we say somebody changed? Carlito was able to ‘change’ as far as being a ruthless gangster, but he didn’t ‘change’ as far as being a loyal friend. So did he really change? Can people really change? Can a rapist or murderer change? I don’t believe that people change; I believe that people just learn to hide or suppress certain behaviours.

One of the reasons for my belief is as it relates to addictions. Do you consider persons that ‘get over’ an addiction to have ‘changed’? Did the alcoholic who got rehabilitated change? Many people who ‘get over’ addictions are normally one alcoholic beverage or whatever vice away from being addicts again. So where exactly is the change?

What do you think? Do you believe that people can change?

5 comments on “Can People Really Change?”