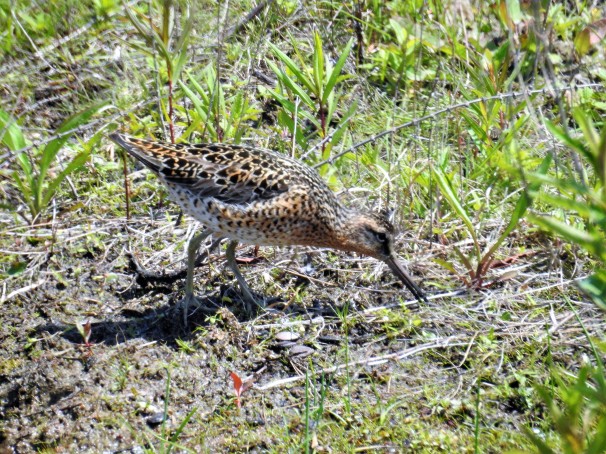 A medium to large shorebird with a long bill, the Short-billed Dowitcher is a common and conspicuous migrant that uses a “sewing-machine” method of foraging across the mud flats. Its long bill is short only in comparison with the very similar Long-billed Dowitcher. [All About Birds]

Short-billed Dowitcher Facts [All About Birds]